Why Schools Should add Makerspaces and Support a Maker Culture 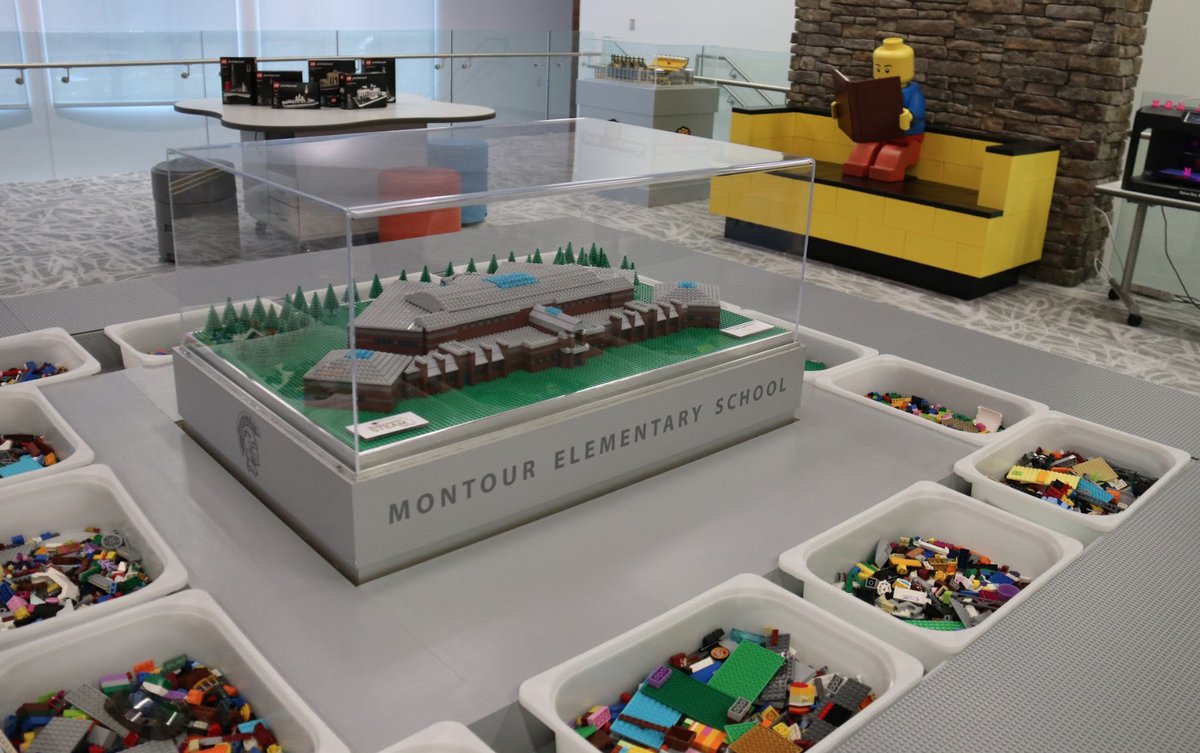 “Tinkering around” isn’t what it used to be. The maker movement is picking up steam in the education world (no pun intended!), with makerspaces defined as creative prototyping workspaces where students can experiment, create, learn, and share knowledge.

The good news is, there are endless opportunities for schools to create makerspaces of their own with resources they already have. Just ask Montour School District, a small public school district in the greater Pittsburgh region comprised of just 2,894 students and three schools. The district is gaining a national reputation for innovation in this arena, and is home to the world’s first ever Brick Makerspace powered by LEGO Education Solutions and Minecraft Education Lab.

We spoke to Dr. Justin Aglio, Montour’s Director of Academic Achievement and District Innovation, about the exciting initiatives underway...

Why do you believe the makerspace movement is gaining ground in schools all over the country?

The benefits really come from supporting a maker culture, not just the makerspace itself. When students learn with their hands and collaborate, learning happens at a much greater rate than when they’re isolated and given information to memorize. Kids need the opportunity to do something physical and directly apply concepts with fun, real-life projects that they can share with their peers.

The goal is to make an experience for students so they can remember something exciting they’ve done a year from now. Makerspaces allow them to use problem-solving and critical thinking skills that can be applied to almost any job.

How did Montour School District initiate the first makerspace?

Before we had the new elementary building, we had an empty space in the old building. We simply brought teachers and parents in and said “This empty space is our new makerspace.” Many weren’t quite sure what we meant; they asked about our budget and I said, “We don’t have a budget, furniture, or resources, and it has to be done by 3 pm today. How does great education happen in the classroom? Let's go and find out.”

What they found was that great learning happens when kids get to use their hands, collaborate, and have furniture they enjoy—we made this really cool space that day with what we had. Next thing we knew, people kept commenting on how students were gravitating toward the new area. I believe what's more amazing is that a lot of the teachers created their own makerspaces in their own classrooms after seeing the success. They realized it's not about fancy technology or furniture-- it's about using what you have and rearranging it and changing your pedagogy.

When we moved into the new elementary school, we had the same philosophy. We also said, “If there’s anything you don’t want, we’ll upcycle it.” So now one of our many makerspaces is an upcycle makerspace and it’s probably our most popular room. When we start to run out, we just put up a sign in the community and ask teachers to bring stuff down; it all recycles itself. 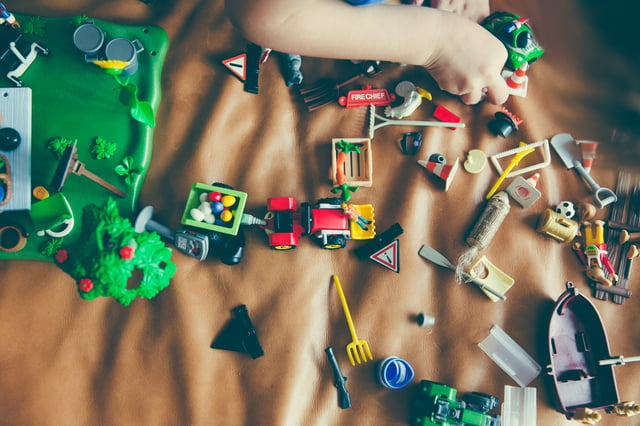 Once you have the space, how do you create a maker culture?

It’s important to understand that teachers understand maker culture—even if they call it something else. We didn’t want to simply invent something else to put on our teachers’ plates, which is why they were so involved in the process.

You can make a makerspace anywhere with a simple collection of materials on a classroom shelf or in a cart. But to create a maker culture, you must shift the pedagogy away from teacher-directed classrooms and introduce student-centered learning. We’re all learners, and in Montour schools we learn from each other. In the Minecraft lab, teachers ask kids questions and let them teach—it’s a process of letting go.

Montour’s partnership with Lego is the first-of-its-kind...how did this come about?

It’s no secret that kids absolutely love Legos, so a few years ago we reached out to their team in Denmark to look for creative, productive ways to use Legos in the classroom. It was really about learning from them, not asking for products or funding. The partnership kicked off after a series of conversations where we discovered that Lego wanted to learn from us as well: they were curious about how students were interacting with their models. The next thing we knew, we were home to the world’s first Brick Makerspace powered by LEGO Education Solutions.

Today, it’s a bright, open space themed on Lego bricks that’s designed to give students room to move around and work together. The kids gravitate toward it--it ignites their curiosity and lets them make their own discoveries.

Activities range from brick building to 3D printing to car racing to stop-motion animation to an interactive mixed reality system that lets students build structures and test their physical properties.

What advice would you give to other school districts looking to establish creative partnerships like this?

We’ve had about 115 school districts visit our new school this year, many of whom are looking to create similar partnerships to advance learning. I always say that the most meaningful and sustainable partnerships occur when both parties are focused on what’s best for kids, rather than being centered on money or resources. Districts can truly do so much by getting creative with the resources they already have; for instance, we have an upcycle makerspace solely filled with donated materials from the community.

We look for partners with same core values: it’s all about supporting a growth mindset and learning culture. That’s also what led us to create the world’s first Minecraft education lab with Microsoft to teach problem-solving skills. It’s an entire classroom decorated to resemble the game--pixelated dirt and grass scenes--and furnished with computers. 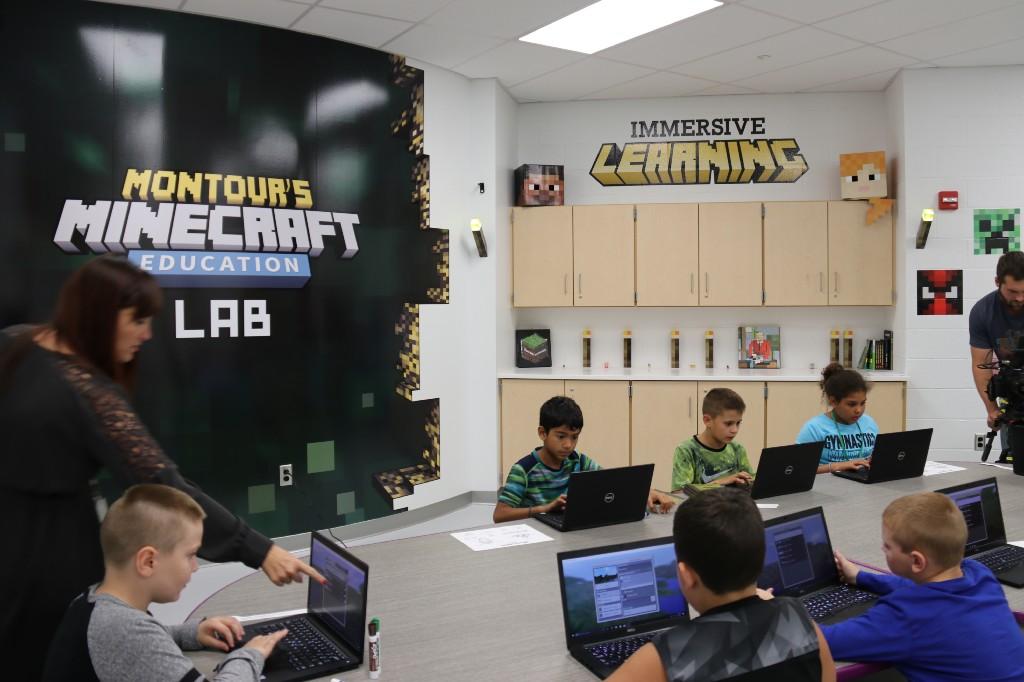 Have there been any materials or tools in Montour’s makerspaces that have been the most effective?

Technology continues to accelerate and it changes so often, so I would definitely recommend that schools don’t get tied down to it too much. It’s more about how you use it than the actual tools that get used. That’s why we love Legos--they’ve been around for 60 years and will be around for 60 more.

That being said, Bee-bots are one popular tool that teaches kids to code. The Hummingbird Robotics Kit also teaches kids about robotics, engineering, and programming from a combination of kit parts and crafting materials. We also use a mixed virtual reality unit, called NoRILLA, because research actually shows that kids learn five times better when they’re in a mixed reality world rather than a 2D surface.

Fun, flexible furniture is a big part of creating a maker culture as well. Our new elementary school features a mix of alternative and traditional seating and stand-up desks; sometimes the kids even sit on bouncy balls. The teachers selected the furniture and every classroom looks different.

How does a maker culture prepare students for future work models?

We want students entering the ever-evolving future workforce to be nimble, ask questions, investigate, use data and design thinking methods, and collaborate. Our tagline is “student-centered, future-focused,” so we always plan with that in mind.

We don’t want them to get too tied down to any particular technology because that tech is going to be outdated. It’s more important what you do with that tech and teaching the ethics behind it. We have a huge digital citizenship program to teach them to be safe and responsible.

What advice would you give to facilities leaders looking to create makerspaces and support a maker culture in their own districts?

Let teachers champion the process. We’re building a makerspace in our middle school next year, and I’m sitting down with all teachers to tailor the space towards that. Come up with a theme of resources around that excites students and supports the needs of teachers—and you’ll be amazed at the learning that comes from it.