After spending more than 20 years as a corporate turnaround executive, Lonnie Mayne invested in a small tech startup. After his first couple weeks at the 14-person company, his children gave him some tough news: “Dad, you can’t wear a suit and tie at a tech company,” they told him. “That’s not what they wear. You look old.”

So, Mayne donned a T-shirt, hoodie, jeans, and a pair of red Vans, and he went into the office. There he laid out his vision for the company, a vision in which everyone stands out for the positive in everything they do, from every email and text message to the way they answer the phone. “Lonnie, I totally get it,” his head of marketing replied. “You want to stand out just like those red shoes that you're wearing today stand out.”

Thus was born Red Shoes Living, a philosophy that helps organizations bring humanity and positivity not only to their work, but also to their employees’ and customers’ lives. As a consultant and keynote speaker, Mayne has introduced the Red Shoes outlook to nonprofits and multinational corporations alike, giving them the tools they need to increase their competitive edge. In November, he’ll deliver a keynote address at the K12 Facilities Forum in Palm Springs. He recently sat down with K12 Facilities Forum to offer a glimpse of his presentation. 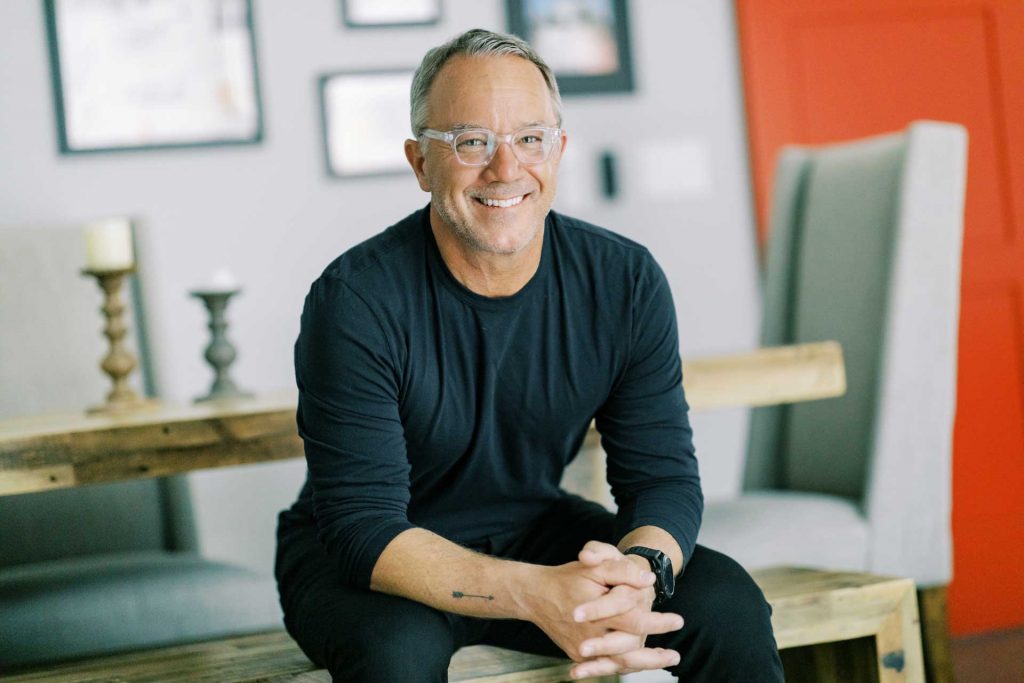 Standing Out for the Positive

As Mayne explained, Red Shoes Living is really three things: a philosophy, a mindset, and a framework. The philosophy is to bring an unmistakably positive, meaningful energy to the work you do and the way you live your life, though Mayne stressed that everyone brings their own personal definition.

"Is what we're about to do right now ‘Red Shoes’? In other words, will it stand out for the positive for you?"

"You have your own version of standing out for the positive in the work you do and how you live your life, and so there's a reciprocity to that," he said. "I can learn your version of Red Shoes and you can learn mine. And then together we can grow—we can take each other's Red Shoes Living philosophies on."

The mindset, he added, is more of a question: “Is what we're about to do right now ‘Red Shoes’? In other words, will it stand out for the positive for you?”

The framework, Red Shoes’ most complex prong, dates back to Mayne’s work in mergers and acquisitions. As he brought companies, workforces, and cultures together, he realized he needed to create a new structure for his employees, a way to guide them from a place of fear and uncertainty to a place of trust and positivity.

“We sat down and said, okay, what is the most important thing in a school, in a business, in a neighborhood, in a community? And we said, that’s the human spirit,” he recalled. "If we can create an environment—where people feel like they can be the best version of themselves, with no fear; one where they can actually thrive, and move forward, and be challenged, and even fail in those environments too, then that's utopia. That's bliss. That's where we want to be.”

To figure out how to create this environment, Mayne developed a list of 100 behaviors and attributes shared by everyone around the globe. From this he worked his way down to five concepts, each one an essential step in the journey to being the best version of oneself. 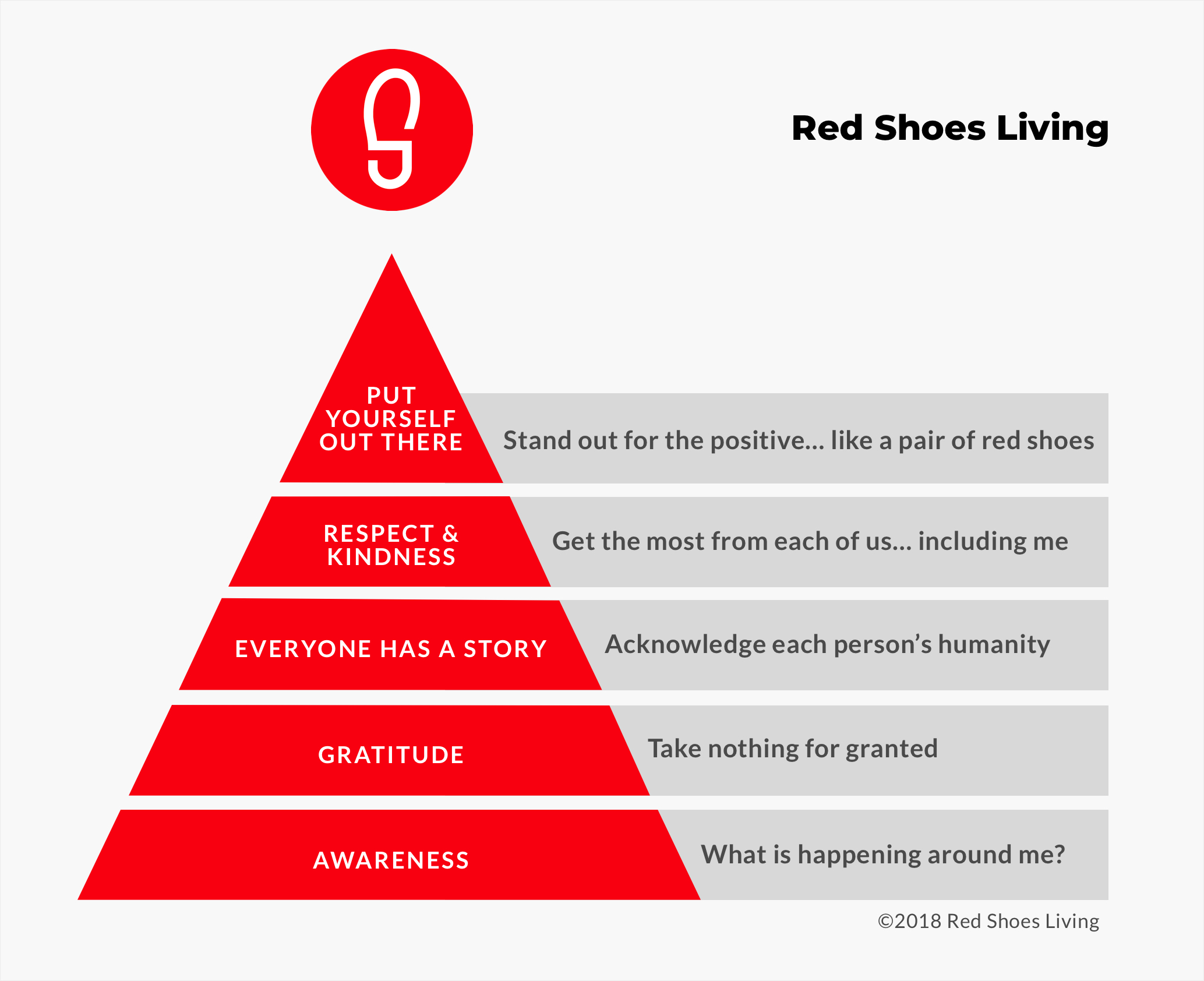 The first concept is awareness. Rather than passively moving through the world, Red Shoes encourages practitioners to be fully present in the moment: to stay attentive not only to their own feelings and needs, but to everyone around them and the broader world itself.

The third is that everybody has a story. “That becomes critically important, in an environment where you've gone through change or fear, whatever it is, to start connecting with stories,” he explained. “If you think about the war in Ukraine, you've got President Zelenskyy and his wife and his family, we've learned their stories. And so we've connected with them even though we've never met them. Then we've learned the stories of the atrocities in the war and everything that's going on. Everybody has a story.”

As facilities leaders adapt to a world of labor shortages, inflation, supply chain issues, and endless other pressures, Red Shoes Living offers an enticing promise: not to get rid of those problems entirely, but to give teams the tools they need to tackle them with grace and clarity. It offers a way of making deferred maintenance backlogs more manageable and high-stakes conversations with district leadership more impactful.

Or as Mayne put it, Red Shoes is about bringing some much-needed humanity back to our workplaces. "Every person that I'm interacting with, I'm trying to be aware of them," he said. "I'm paying attention to them, I'm grateful for their time. I want to know a little more about their story. I want to be kind and respectful in that engagement that I'm having. And then I want to put myself out there and do something for them that creates what we call a Red Shoes experience—something that's memorable and positive for them, even if it's just saying, ‘Thank you for your time.’"