Charting the Path to a Successful School Bond Election 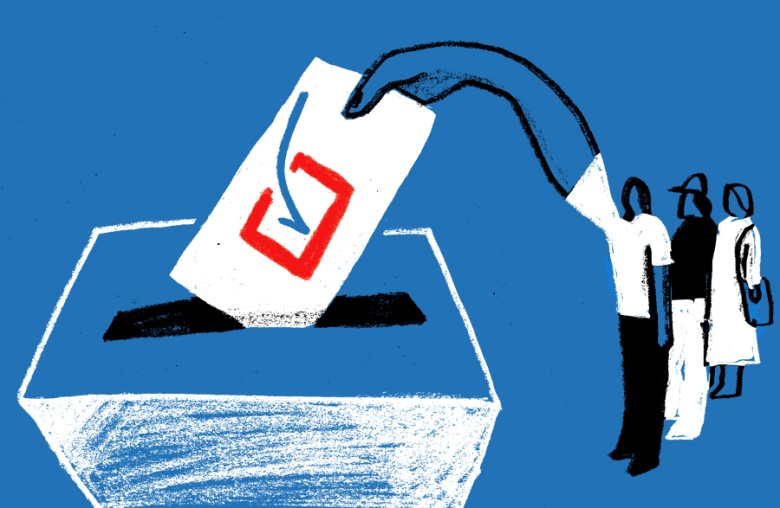 In 2016, the El Paso Independent School District made history when voters approved the largest bond ever proposed in the county. Not only was the $668.7 million bond measure passed, but it was done so with overwhelming support.

A Need for Modernization + Consolidation

As the largest district along the Texas-Mexico border, El Paso ISD is made up of 60,000 students and 92 total facilities. However, a 2014 facilities study revealed that enrollment was declining by as much as 1,000 students each year. Because Texas schools receive funding based on enrollment, the sale of the bonds was the only way possible to come up with the $1 billion needed to upgrade their aging buildings.

“We're competing not only with charter schools, but also suburban school districts. This has impacted our utilization rate, which means we are operating facilities that are at 76% capacity in some cases. Other schools are at 50% capacity,” Gallinar said.

District leaders knew consolidation was necessary, and they didn’t take the pre-bond process lightly. An intensive five months of research took place in the form of a ‘Facilities Advisory Committee,’ comprised of 80 community members who analyzed data and reviewed the district’s needs to formulate a recommendation of a bond package.

Ultimately, the measure passed with 55 percent of the vote. The projects (a mix of construction, renovations, consolidations, athletics, technology upgrades, transportation, and security) are all expected to be complete by early 2022.

“Now that we’ve rolled out this unprecedented modernization program, the pressure is on to deliver, and we are taking every step to make sure that we do so as smoothly as possible,” Gallinar said.

Be specific about projects.

When it comes to the budget and timeline, Gallinar emphasizes that being as specific as humanly possible is the key to success. To build trust in El Paso, the Board of Trustees carried out a “contract with the voter,” which was an action item that was voted on early on, before the bond was even passed.

“Now, we have a mandate for the next five years based on what the Board approved and we know exactly what projects we’re going to be doing. We also set a strict timeline, which is very important for setting these expectations early on with voters,” Gallinar said.

Specificity goes hand in hand with the importance of full transparency. Gallinar’s team strove to be as transparent as possible through the creation of a bond webpage full of information, reports, and presentations. Not only does every campus and project have its own page, but there’s also a screenshot of the dashboard that is updated monthly to show the total budget and expenditures.

“Rather than just ‘Carlos Gallinar says this is what it is,’ it’s been really helpful to direct people to a public dashboard, which gives you very specific financial information for that project,” Gallinar said. “There’s also a running total and a timeline for each one which shows what phase of construction we’re in.”

To ensure that projects are on time and budget, El Paso ISD brought in Jacobs Engineering Group.

“Had we gone through our typical HR process, we would have still been hiring 10-12 project managers. Instead, Jacobs provides an architect, cost estimators, a program manager, and all sorts of folks working to ensure that we are delivering,” Gallinar shared.

A robust public participation process ensures that there are fewer unwelcome surprises down the road. Gallinar points to EPISD’s School Projects Committee as one of the most successful aspects of community outreach. Every principal in the district has formed a committee made up of 10-12 educators, teachers, parents, and community leaders.

“Over the past 12 months, we’ve sat down together to vet important issues so everyone can participate in different phases of the design and the construction,” Gallinar shared.

EPISD has been proactive about hosting events with other stakeholders as well. A Furniture Expo brought in several vendors to set up shop so students and teachers were actually able to sit in the desks and feel the furniture before FF&E was procured. They also held a Contractor’s Fair in partnership with the Greater El Paso Chamber of Commerce.

Engaging the public in fun, unique events related to the bond project is just as important as keeping them abreast of the design and construction details, said Gallinar.

For instance, EPISD held a screening party for the “Most Likely to Succeed” documentary, which explores the importance of 21st-century learning environments and displayed a deeper connection for the community beyond the facts and figures of the measure.

Although the bulk of the projects will utilize Competitive Sealed Proposals to buy the work, EPISD decided to move toward the CMAR (Construction Management-At-Risk) method for 6-7 projects. CMAR is essentially a method of purchasing work where the contractor manages the work for a set fee and receives pricing from subcontractors to perform the construction.

“Hiring the contractor early on due to the complexities of certain multi-phase, higher risk projects made sense. There’s definitely a benefit, though the majority can be delivered through other conventional delivery methods,” Gallinar explained. “It’s not for everyone, and there’s an educational component you must go through, but you may want to consider the CMAR process if you’re thinking about flexibility.” 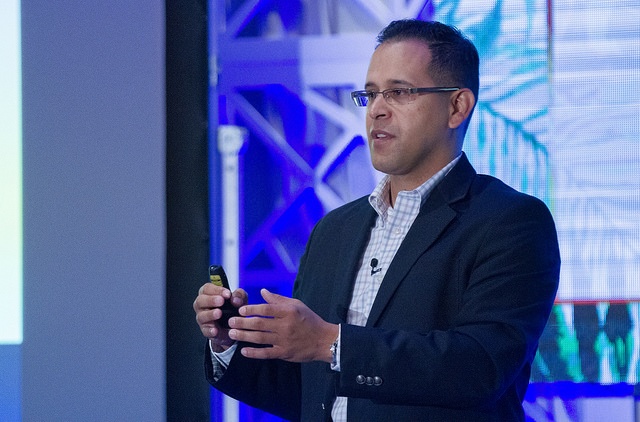 Gallinar closed his talk by reminding facilities leaders of the importance of the “third place.” The concept, which was pioneered by sociologist Ray Oldenburg, is essentially a community center or 'home away from home' that is separate from the two usual social environments of work and home.

When residents are invested in shared spaces beyond their private homes, a bond emerges with others who are similarly invested. Conversely, the more time that people spend away from the public eye at home, the more disinvestment there is in community social capital. The “third place” could be the neighborhood diner, coffee shop, church, park, or even Facebook.

However, according to Gallinar, it’s so important to remember that kids don’t really have a third place...which is why the work of facilities leaders is so meaningful.

“Their first place is home if they’re lucky to be in a happy, healthy one. Their second place is school,” Gallinar said. “That’s why I feel like the work we’re doing through facilities--whether its planning, bonds, renovations or new construction-- is so vital to the future of these children.”