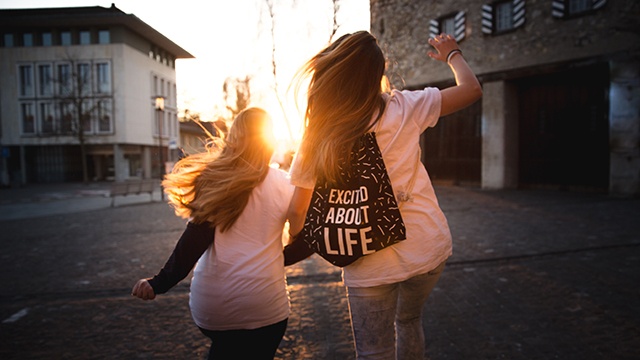 In today’s unpredictable environment, K-12 facilities leaders are under growing pressure to balance top-notch security with design principles that nurture learning. Preparing for the threat of an active shooter is now a priority for all school districts, despite size or location.

For Dan Demland, Staff Architect at the Arizona School Board of Facilities and recognized security specialist, the horrific Sandy Hook tragedy led him on a mission to dig deep into the troubling phenomenon of school violence to uncover how districts can best protect students. We spoke with Demland about his findings from a study that included more than 200 school shootings from 2000-2014.

Demland believes that by bolstering safety measures via design, operations, and staff training, facilities leaders can play a vital role in defeating an active shooter’s greatest allies: surprise and speed.

As an architect, Demland is sensitive to the ramifications of design--especially in the education world. “Spaces are supposed to invoke psychological feelings. When you go through hardcore security, you naturally get the feeling that you are not in a super-secure building,” he said. “Design measures that keep prisons secure aren’t always appropriate when it comes to learning environments for children.”

Demland believes that skilled forensic study is the key to providing schools the tools needed to avoid repeated tragedies and fine-tune best practices. Throughout his extensive research, he has found that certain design measures are increasingly non-negotiable. Namely, a single point of main entry for schools.

Entrance prohibition, of course, is the best defense to violence--but he explained the reality that the shooter is oftentimes allowed to be on the campus. To create a more secure environment, a single entry point must be secured by an admin with controlled access once the bell rings each morning.

A vision-limiting “sally port” entrance should also coincide with the entrance, which we are seeing more schools adopting.

Panic buttons should be located in a couple of positions behind the window. Demland suggests tying an active lock-down system that potentially locks a third door or gate leading into the school behind the controlled door in the entry/sally port.

Demland also emphasized the fact that the term “bulletproof” is a misnomer; “bullet-resistant” is more accurate.

The key to securing windows is creating visual impedance. Reinforcing windows with a hurricane-type film is an inexpensive alternative to installing Level III or IV ballistic glass, which can run upwards of $70 per square foot and may require reframing the walls only to run the risk of being breached. Breaching of all glass is inevitable, so the goal is to impede the perpetrator's progress in the attempt to save lives by given first responders the precious time need to get on site and respond to the threat.

The situation can be compared to a 100-meter dash: A world record of eight seconds will be slowed to 12 with hurdles placed on the track. By impeding the progress of a violent intruder, the advantage of an extra minute or two can be life-saving.

“There are a variety of options of hurricane film out there that are just $7 per square foot to install. Even if the bullet has penetrated, it still takes one to two minutes to breach the window to get in--after multiple rounds, the integrity of the barrier is still there,” Demland said.

Beyond the entrance and windows, doors must have classroom locks that are operable from inside a room (not just when the key is inserted from the outside). Demland noted that small vision panels in the doors are helpful for blocking external viewing and alloting hiding places not readily visible to the intruder--but again, “this feature is only useful when the door is locked.” Changing the locks may be a significant initial cost, but one that Demland views as non-negotiable for districts. 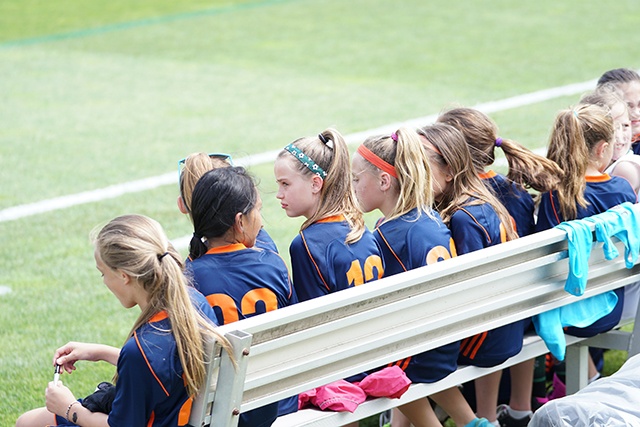 While there may be common variables across a district, threat assessments must be customized to each individual campus to be truly effective.

Operations are just as vital to security as design: Schools that regularly practice their Emergency Response Plan (ERP) shift the game dramatically in their favor. Demland is adamant that policies are totally ineffective if they’re simply collecting dust in a massive binder and staff isn’t properly trained and informed.

“It’s extremely important for districts to have site and floor plans in places that are accessible outside of the facilities office” he said. “You need a central depository that can be pulled up online.”

He recommends the Standard Response Protocol (SRP) as a great resource for schools. An action-based program developed by the “I Love U Guys Foundation,” SRP was introduced in 2009 and has since been adopted by districts and departments across North America.

Rather than taking a scenario-based approach to threats, SRP provides a flexible framework for any given situation.

“The best ERP’s are very thin and broad in scope. It’s like managing a baseball team: You can only set up everyone up for the mindset of the game. By the time the first pitch is thrown, we’re changing the plan, so everyone has to understand the overall direction and you’ve got to give staff the ability to think,” Demland said.

SRP boils down to four specific actions that can be taken in the event of any given threat, instead of detailing 20 possible incidents (all with their own set of potentially-confusing protocol). The standardized, simple commands and plain language enable greater understanding for all stakeholders and rapid response determination when an unforeseen event occurs. 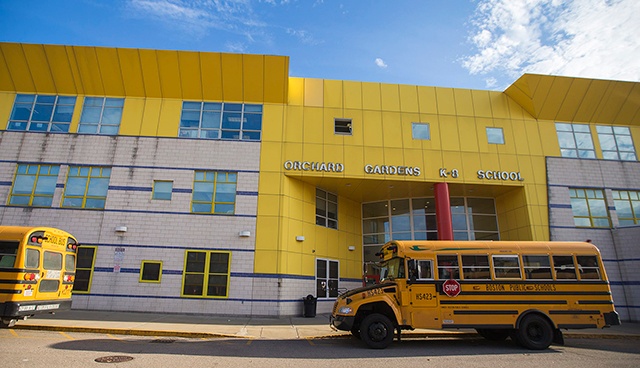 Orchard Garden School in Massachusetts took an outside-the-box approach and got rid of all but one or two security guards and put that budget into the arts.

Beyond design and operations, part of Demland’s research has included observing the impact of alternative programs on school safety.

He referenced the success of one bold principal, Andrew Bott, at Orchards Gardens School in Roxbury, Massachusetts. Located in a rough part of town with a reputation for at-risk students, Orchards Gardens’ security budget was around $100k a year when Bott arrived in 2010. The school's atmosphere was prison-like , complete with metal detectors and barren hallways.

“Bott made the unique decision to get rid of all but one or two security guards and put that budget into the arts. Staff and students used to be scared to death to walk down the halls--now, they’re covered in vibrant art. In a period of two years, they transformed into a top-performing school,” he said.

He believes the decision was successful because it created ownership for students, faculty, and the community--the school became a sense of pride, making peer pressure a positive tool. Though not a common approach, the remarkable turnaround at Orchards Gardens demonstrates the power of thinking outside the box when it comes to school security.

Demland also mentions Oak Hills High School, one of the first schools in the Cincinnati region to get a school protection dog.

“Despite being the highest-trained animals anywhere, most police k-9 dogs have the social skills of a turnip. However, there are two programs in the country that handpick the most ‘social’ puppies and train them specifically for school campuses to interface with people,” he explained.

In 2013, a Dutch Shepherd named Atticus became part of the school community at Oak Hill. During the day, he wanders the campus interacting with students; every night, he goes home with the principal. Despite his friendly disposition, Atticus has been trained to sniff out drugs and guns and will attack a person firing a gun.

While examples like Orchards Gardens and Oak Hill may not be the right fit for every school, Demland believes it’s important to note that campus security is a multifaceted issue that must be explored on every level. “Nothing is off the table when we talk about an active shooter threat,” Demland said. “These unique approaches show that there are certainly alternative approaches to arming teachers and staff.”

The issue of school security is undeniably complex, with many moving parts to be considered. As best practices remain a work in progress, k-12 facilities leaders have an invaluable role to play.

Now more than ever, it’s critical to continue to adapt, explore new ways to make buildings safer, and lead honest, open conversations with all stakeholders in order to create learning environments where students feel secure and thrive.