9 Secrets to Successful Capital Management from a Former Superintendent

At the K12 Facilities Forum, recently-retired superintendent Jim Morris shared that there isn't any one 'right' answer. Rather, Morris mined his 40-year career and lessons learned from a $650 million bond to give K-12 facilities leaders a variety of best practices for capital management...

A District in Need of an Overhaul

After working at Los Angeles USD for 30 years, Morris became the superintendent of Fremont USD. Coming from a bustling metropolis, he thought that he’d now be working in a small, peaceful district. That illusion was soon shattered once he stepped into his new role and got an insider’s look at Fremont’s situation.

The district was one of the largest employers in Fremont, and its population of 35,000 students was expected to grow by several thousand in the coming years. With only 42 schools, that meant there was an urgent need for new construction and expansion. The good news was that performance at the schools was high. However, the community had even higher standards; improvement was demanded.

On top of all that, the board had some big expectations of Morris. The largest of these was passing and managing a hefty $650 million bond.

In order for Morris to get things right, he knew that he’d have to change the way things were done in Fremont. This began with an overhaul of the sluggish operations.

“I noticed this pattern in the school district that they spent a lot of time talking about goals. We really tried to move from goals to ‘doing stuff’... That’s kind of the next big idea: knowing when to stop planning and start doing," he said.

Morris wiped out inefficiencies by getting his team to become more action-oriented: No more vague goals, just clear expectations and a dedication to delivery. No more overplanning and distraction, just smart and targeted execution.

One of Morris’ biggest personal challenges was learning how to trust his employees. He struck a balance between flexibility and accountability by resisting the urge to micromanage, while still being involved where it mattered.

Another way that Morris improved the focus of Fremont’s work was by managing goal overload. Instead of struggling to fulfill a long list of demands, his team began to work on only a small number of goals at a time. This gave them the space to concentrate on delivering great results.

Through his experience with the Fremont bond, Morris was able to learn some of the most effective tricks for successful management...

2) Say what you’ll deliver and keep your promises, even when it hurts. Tell the public what you plan to do and don’t let them down. Don’t succumb to pressure when one group asks for extras that would result in depriving others.

3) Your personal integrity and the program’s integrity are one and the same. Every time you hear about capital management went wrong, it’s because someone didn’t have the integrity to handle those tax dollars well. Hold yourself to the highest standards and keep your conscience clear.

4) Respect roles and keep them clear. Define whose responsibilities are what to avoid stepping on each other’s toes. Strong leadership from the superintendent’s side will prevent board members from overreaching.

6) Hire the right people. Seek out the most skilled, driven talent and trust them to do their jobs. Stay in the loop by asking plenty of questions.

7) Encourage a demanding culture. Don’t shy away from building a challenging environment. This is what sparks innovation and leads to progress.

8) Pay attention to what you pay attention to. What you treat as important will become important to others. Depending on the subject, this can have positive or negative consequences.

9) Develop a compelling, driving vision. Administrators who struggle often have problems communicating their vision or don’t have one at all. Successful administrators have a clear vision that everyone can get behind. 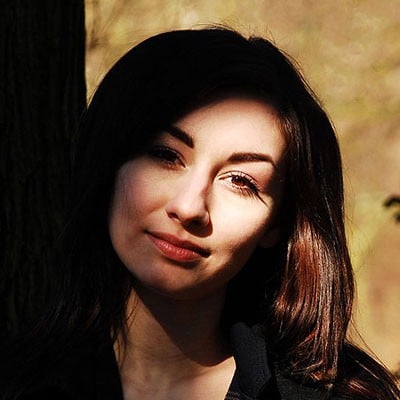